Effective 8/29/2022:
With the lessened protocols and restrictions from the CDC of 8/11/22, Dombrowski Eye Associates will NO LONGER REQUIRE masks to be worn within the office.
Mask Wearing will be OPTIONAL
Doctors and Staff will mask up if requested to do so.
Click here to read our policy.

Meet the experienced and friendly doctors and staff who make Dombrowski Eye Associates the leading provider of vision care products and services in Lancaster. 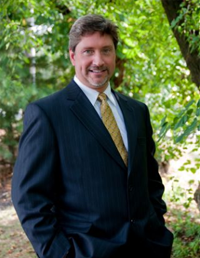 Dr. Dombrowski, from Winsted, CT, received his Bachelor of Science Degree in Biology from Fairfield University in Connecticut in 1984 where he graduated in only three years while playing NCAA Div 1 baseball starting shortstop. He received his Bachelor of Science Degree in Visual Sciences and Doctorate of Optometry from the Pennsylvania College of Optometry, in 1987. He received Honors in Clinical Rotations at the Wilmer Eye Institute at Johns Hopkins University and The Baltimore VA Hospital Baltimore, MD, as well as The Eye Institute at PCO in Philadelphia, PA.

Dr. Dombrowski is Immediate Past President of the Lancaster County Optometric Society, and had served as Treasurer for the LCOS from 1989 – 2002 and 2012 – present. He is a member of the American Optometric Association and the Pennsylvania Optometric Association. In 2003 and 2010 he was recognized as Optometrist of the Year by his peers in Lancaster County. He is an honorary member of Beta Sigma Kappa National Optometric Honor Society. He presently is involved as a Clinical Research Site in contact lenses for the FDA and several world renowned contact lens companies

Dr. Dombrowski is active in his local church, St. Leo The Great. He coaches youth and travel baseball for the Lancaster Junior Barnstormers and remains active by still playing on and sponsoring the Lancaster Indians, a hard ball, wood bat adult baseball team for those 21 and over. Dr. Dombrowski and his optometric staff are the Official Eyecare Team of the Lancaster Barnstormers of the Independent Atlantic Baseball League. When not involved with baseball, he enjoys golf, basketball and snow skiing. He is the proud father of 4 children, including twins; Devon 1990, Daniel 1992, Douglas 1996 and Deanna 1996.

Dr. Wolaniuk, a resident of East Hempfield Township is in private practice and owner of Dombrowski Eye Associates in Centerville. She and her husband, Dr. Dennis Dombrowski have been practicing in the Lancaster area for over 20 years. Their practice specializes in custom designed Contact Lenses…especially for the hard-to-fit patient as well as diagnosis and treatment of Eye Diseases. Dr. Wolaniuk also concentrates on the Pediatric Patient. They are a full-service Eye-Health Care Practice which includes an exclusive Designer Eyewear Dispensary.

After moving to Lancaster in 1987, Dr. Wolaniuk practiced as an associate in Camp Hill, PA at the office of V. Eugene Kilmore, MD and Charles Stuckey, OD, MPH; a high volume ophthalmological and contact lens practice for over eight years. She now concentrates her efforts in Centerville, where she is seeing patients part-time. She is the mother of four children, including twins born in 1996 and volunteers her time at St. Leo the Great School. She enjoys cooking, weight training, golf and outdoor activities with her children.

“Great service from the moment I entered until I left!”

You can schedule your next eye exam with us online!